Skilled schmoozers, masterful spin doctors, and inventive thinkers, Magicians are here to blaze trails in matters of the heart!

Don’t know what your Tarot Birth Card is? Find out yours or anyone else’s for FREE now » 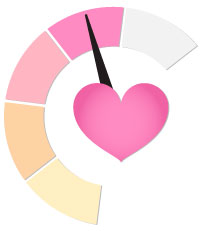 The expression “two heads are better than one” was probably invented by two Magicians in love. When the two of you connect, it’s like a panel discussion and think tank all rolled into one talkative and idea-rich union. The banter becomes a fast, witty form of foreplay. In fact, a first date likely involves heated punditry, along with a pecking-order debate to discern who the intellectual boss is. Not exactly a relationship of eroticism or physical passion, the two of you nonetheless stimulate each other with your brilliant minds and equal capacity for leadership. The downside of this dynamic duo? The Magician’s overachiever streak can easily turn cooperation into competition. Instead of doubling up, your individual creative powers can cancel each other out in jealousy and one-upmanship. To avoid rivalry in this union, both partners need to remember that two magic wands are better than one only when they are pointing in the same direction instead of at each other.

The Magician and The High Priestess 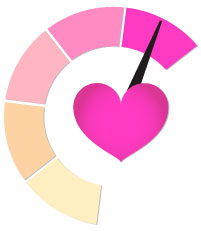 The Magician and The Empress 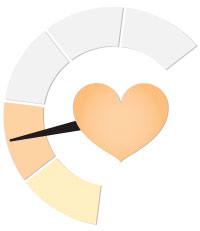 While this union has the potential to be flamboyant and fun (both love to party!) it can also be a combustible combination. Things heat up when the analytical Magician fails to understand the emotional Empress. Both partners are actually gifted communicators, but when it comes to each other, the airwaves reverberate with misunderstanding and hurt feelings. The Magician can make this a dynamic partnership by listening to the intuitive ideas of the Empress instead of doing all the talking or assuming a controlling role. The Empress can help smooth rough waters by not taking every comment The Magician makes as a criticism. Assuming a constructive attitude and being aware of differing styles (mental versus emotional) allows this couple to team up and create exciting things together. It takes a bit of conscious loving to make this volatile union last, but when both partners are willing, there is no combination more effective at launching new and fresh ideas and inventions into the world. At its best, this can be a productive and lucrative partnership. At its worst? Explosive breakups are common.

The Magician and The Emperor 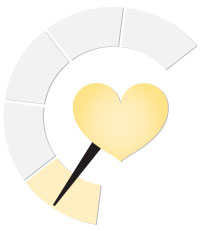 It takes a real effort in diplomacy and communication to make this partnership into anything resembling a lasting romance. While these two can harness their very different skill sets to work in business together, the naturally forceful and flamboyant leadership style of The Magician will grate on the nerves of the methodical Emperor. Emperors like to see things accomplished in a step-by-step way, while The Magician impulsively, even rashly, jumps head-first into new endeavors. The Emperor’s strong suit, loyalty, runs counter to The Magician’s penchant for fickleness. In love, the major friction occurs when the Emperor does a million small things around the house to please The Magician, who barely notices these gestures. The Magician, conversely, is so independent and busy with personal agendas and goals that the Emperor can feel like an employee or even worse, a slave in service. On the upside, both share a keen intellectual approach to life, and solving problems is a task they can enjoy together. If the relationship is built around work, family, or finance building, then there is a chance of endurance. But without a mutual project or goal, both partners often end up feeling neglected and unappreciated by the other.

The Magician and The Hierophant

This whirlwind combination generates a lot of free-wheeling fun and excitement. Both experience change with a degree of giddy optimism, and both love their independence and freedom. There is an inherent playfulness and teasing between them that can also heat up to intense flirtation. Courtship is usually verbally astute and clever, with words lubricating the way to romance. With these traits in common, it sounds like a well-oiled union. The problem is that this pair frequently finds itself going in vastly different directions very quickly. By the time they realize they have diverged from each other, the distance can be a continental divide. This divergence can show up as emotional distance or as heading down incompatible philosophical paths. The Hierophant is more likely to experiment and take on new beliefs and paradigms that leave The Magician bewildered and feeling critical or left behind. When they travel the same philosophical roads together, however, this paring can produce entertaining and educational products with a pioneering edge.

The Magician and The Lovers

There is a bit of the “oil and water don’t mix” challenge in this combination, where the mentally slick and emotionally independent Magician can’t seem to blend at all with the mentally fuzzy and emotionally interdependent Lovers’ soul. Cut from different fabrics from different universes might describe best the reason this union is far from seamless. The Lovers person’s penchant for mystical and deep feelings confounds the analytical Magician who sees their Lovers partner as a lost dreamer. When these two pair up for creative projects, there can be some degree of synergy — the Lovers person has a finely-honed imagination that can translate The Magician’s ideas into a creative expression. Yet in romance, there is such a gap in priorities that a lasting relationship is challenging. The Lovers soul is a natural homebody, while The Magician prefers to travel and adventure. The Lovers character focuses on the wellbeing of everyone else, while The Magician has often mastered the art of selfishness. Ego clashes and power struggles are common because each sees their shadow in the other: The Magician judges the selfless service of the Lovers soul as foolish, and the Lovers person sees The Magician’s self-service as shallow and empty. In the best circumstances, these two can learn from each other. But most times the combination ends with each partner convinced that he or she is right and the other wrong.

The Magician and The Chariot

This combination is a bit like two brainy children sharing a sandbox and coming up with architectural plans for the sandcastle, as well as a whole cultural paradigm for its inhabitants. Philosophically inclined, this twosome can think the night away and will even consider pondering the meaning of life as great foreplay. The Chariot has more wide-ranging and cross-cultural interests than The Magician who can mono-focus in ways that bore the intellectually free-ranging mind of the Chariot person. The Magician’s need for independence blends well with the Chariot’s penchant for solitude. This harmony can be a trouble spot when The Magician is ready to come out and play, but the Chariot partner is still reveling in a loner mood. If The Magician can learn not to take this as a sign of rejection, this duo makes for a thoughtful combination sure to generate mutually satisfying conversation and intriguing ideas. Neither is emotionally sensitive, which actually works in favor of endurance for this union — the sparks don’t fly because feelings are not really that engaged. Instead, this duo thrives on a sense of companionship, familiarity, and shared goals.

The Magician and Strength

This union has great potential to become a supernaturally strong partnership in which both partners are the other’s best friend and staunchest ally. When this combination works, it works brilliantly as the manifestation of shared dreams and the accumulation of vast wealth are possible. The challenge lies in the inherent volatility of this duo, in which love can turn to hate with alarming speed. Disagreements over who is the boss and who gets to take the limelight can pit these best-of-friends against each other. At their best, these two learn to take turns leading and are willing to give up some personal freedom for the sake of the relationship. The Magician’s dreams and impulsive ideas often find fertile soil in the know-how and can-do talents of the Strength soul. The Strength person can find inspiration and rejuvenation in the company of The Magician, who reminds the hardworking and materialistically inclined Strength partner that life is also about enjoyment.

The Magician and The Hermit

This union takes practice. At first glance, the humanitarian Hermit seems like a good fit for the idealistic Magician. However, the truth is that the Hermit is a feeling-based creature whose lush emotionalism is the driving force behind their urge to better the world. Conversely, The Magician lives by a pros and cons list and a spreadsheet, and when pursuing goals, this character makes sure that they are well thought out. In a love union, the Hermit judges The Magician as heartless, while The Magician sees the Hermit as unrealistic. If the two can see beyond their differing styles, they often do manage to forge a bond in which the Hermit’s wisdom assists The Magician in succeeding at a myriad of brilliant ideas. The Hermit in this case feels appreciated and needed, while The Magician thinks that having a significant other who is also an in-house advisor is the perfect arrangement.

Tarot – On the Cardsaugust 8 leo

Tarot – On the Cardsinteresting facts about scorpio

Tarot – On the Cardscancer horoscope august 2017

Tarot – On the cardsmarch horoscope aries