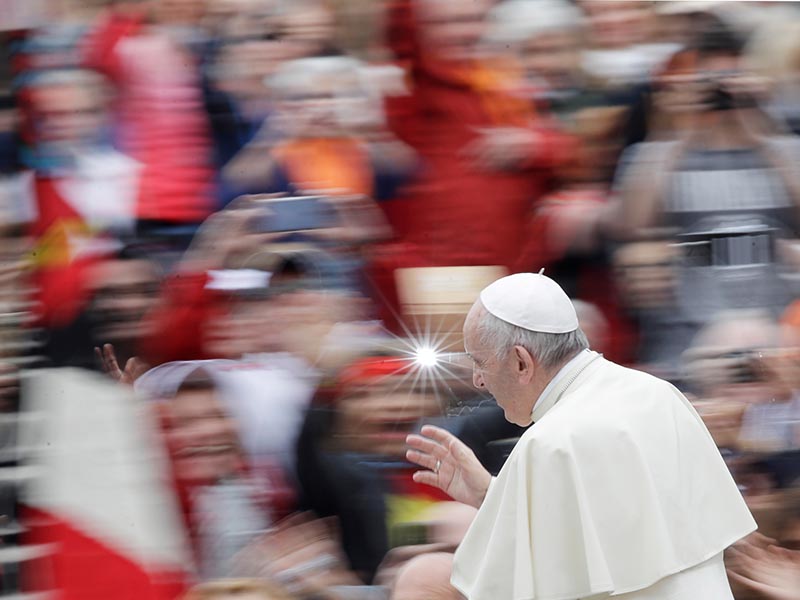 In this photo taken with a slow shutter speed, Pope Francis arrives in St. Peter’s Square at the Vatican for his weekly general audience Oct. 18, 2017. (AP Photo/Alessandra Tarantino) November 9, 2017 By Jerome Socolovsky ShareTweetShare

The Vatican announced Thursday (Nov. 9) that it would no longer sell cigarettes to employees in its duty-free shop and supermarket — giving up an estimated 10 million euros ($11 million) a year in profits.

The Vatican said Francis took the decision because “the Holy See cannot contribute to an activity that clearly damages the health of people.” A statement cited World Health Organization data finding that smoking is the cause of more than 7 million deaths annually around the globe.

A 2015 book based on leaked Vatican documents, “Avarice,” reported that cigarette sales bring in an estimated 10 million euros a year to the Vatican City State and are the second-most-important source of income after tax-free gas sales.